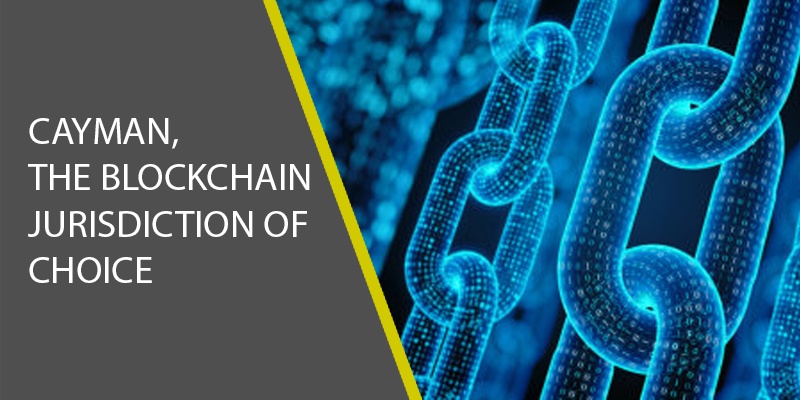 Technology is moving at great velocity and with the inventions of blockchain, Distributed Ledger Technology (DLT), smart contracts, initial coin offerings (ICOs) and tokens/cryptocurrencies such as Bitcoin and Ether, Fintech is disrupting industries and changing the world as we know it.

As jurisdictions across the globe vie to become the world’s leading FinTech or blockchain hub, unexpectedly a small island in the Caribbean is fast becoming the industry’s jurisdiction of choice.

Nestled in Grand Cayman, the largest of the Cayman Islands (A British Overseas Territory just 1 hour’s flight from Miami and 3 from New York City), you’ll find Cayman Enterprise City, a technology-focused Special Economic Zone, which in recent months has become home to a slew of companies developing FinTech, blockchain and crypto technology.

What’s the big draw after all, it’s not in Silicon Valley or Boston? Simply put, some of the world’s leading blockchain and FinTech companies have been flocking here as Cayman seems to offer the ideal environment. Unlike the traditional start-up model of being beholden to a VC firm, the new ICO model has shaken things up in the tech start-up world. Start-ups now have the freedom to set up where they want to, rather than in the incubator or accelerator under the nose of their VC firm.

Cayman is ideal for developed and developing Intellectual Property, because there is no Capital Gains Tax in Cayman, when companies are ready to exit, shareholders get to keep significantly more of the profits. This can be huge and in some cases as much at 30%!

Situated in one of the world’s leading International Financial Centres, and the hedge fund capital of the world, the jurisdiction has preeminent global law firms, the big 4 accounting firms, Deloitte, E&Y, PWC and KPMG here. The Cayman Islands also has good Intellectual Property protection and with the absence of local corporate tax, income tax and capital gains tax, businesses can be far more profitable, when they physically operate from Cayman.

One missing link for blockchain companies found in Cayman, is that the Government here is business-friendly and has put in place legislation that makes it quick and easy for international start-ups to set up a physical presence in the islands, to take advantage of operating from Cayman’s offshore platform. Businesses can be set up and have staff from anywhere in the world, legally operating in their Cayman office, within 4-6 weeks. If there is a time sensitive ICO, this ease and speed may be of great benefit.

You may want to check Cayman Internet Park, within Cayman Enterprise City, this thriving blockchain hub.