NeuralStudio® SEZC uses automated machine learning to prepare data and build optimised neural networks ready for service. They have built the neuralstudio.ai automated machine learning portal, which lets non-data scientists easily apply the power of deep learning neural networks to real world problems.
During the building process, it became clear to Jack Copper, Managing Director of NeuralStudio SEZC, that the data preparation process also needed to be addressed. Machine learning algorithms require data in order to learn patterns and behaviors. Yet the challenges of organising data and preparing it for use by an algorithm often require more time and effort than that required to apply an algorithm in a given application.

In July, 2020, NeuralStudio® SEZC announced that Jack had been issued US Patent 10,713,597 "Systems and Methods for Preparing Data for use by Machine Learning Algorithms". Additional patents are pending in Canada, Japan, and other countries around the world.

CEC: Tell us a bit about yourself and what led to the founding of NeuralStudio SEZC

JC: I grew up in Virginia and I was always around the farms and machinery. From a very young age, I liked finding out how things worked. I could take things apart and, when I was lucky, I was able to put them back together and they still worked. That led me towards thinking about what I was going to do at university. I went to the University of Virginia, not so far away from where I grew up. I studied Engineering and it was a fairly broad curriculum. I ended up with a degree in Nuclear Engineering. In my later years at the University of Virginia, I was introduced to Artificial Intelligence (AI). I went to work for a start-up in Pittsburgh that was developing one of the first systems to do energy management using computers. The reason the company started was because it was one of the first in the US and the world to try to use microprocessors that Intel had developed in applications.

After working on this very innovative computer architecture, I started working as a consultant for a robotics company.The VP of R&D of the company got interested in AI and a type of machine learning called neural networks. He started developing practical software that could be used by businesses to do things like predict interest rates or classify data collected from people or hospitals like medical applications.

A couple years before 2000, everybody that made software in the world got nervous because of the infamous Y2K problem. What was going to happen with software that has not been designed understand four-digit years? Indirectly, as a result of that, I acquired all the intellectual property related to those neural networks. That is the foundation for the core technology which now underpins the neuralstudio.ai portal.

CEC: What is the neuralstudio.ai portal and what does it offer to businesses?

JC: A big part of the problem with AI and machine learning is that, even for people who know the underlying mathematics of what makes machine learning possible, it takes so much time tweaking the algorithms so they apply to the particular problem that you’re trying to solve. When it comes down to it, it’s not too much better than trial and error. So, you have this formula, the formula produces a result and, if you want to get a better result, you know there are things you can change in the formula. What you don’t know, until you’ve changed them, is what the effect on the result of the formula is going to be.

The neuralstudio.ai portal started in order to make this process easier for people. So, rather than tweaking the knobs as a person, we have algorithms on the site that do the tweaking. We have a piece of AI that’s smart enough to know how to change the underlying mathematics so that it’s always moving towards getting a better result. That means we can then look at the more human-related challenges like, ‘How do I make that formula fit into our current business process? As we say right on the front of the site, “AI creating AI.” Because of the nature of those algorithms, they’re always driving towards a better response. That’s the nature of what makes AI create AI.

CEC: You were recently awarded a patent for preparing data for use by machine learning algorithms. When did you realise that data organisation was something you wanted to address?

JC: I would get data sets from people in Europe I knew. Their idea of what's inside a spreadsheet, and what separates values in a spreadsheet is different when you use it in the US. We use decimal points; they use commas for numbers. I saw this in data sets from other people, too. I would spend a lot of my time cleaning this data so then we could use the data to actually test what the real neuralstudio.ai was supposed to be doing: making the algorithms easier to use.

At some point, the light-bulb went off in my head because some of the things I had developed, essentially for my own use, had a broader application. In 2018, I thought, “These things I’m doing, there’s a patent here.”

CEC: Tell us more about what this invention will mean for AI and data preparation.

JC: Getting these messy data sets, I had to spend hours tediously asking, “What’s causing this?” and “What’s causing that?” Each time I would figure out what was causing the problem and then have to address another problem. I finally took a step back and tried to take a broader picture. “What are the general techniques that I, a human, use and how can I implement that in software?” As I came up with ways to implement it in software, that’s the invention that became the patent. Now, in addition to the original goal of making the algorithm simple, what neuralstudio.ai also does is make the cleaning up of the data easier. That’s even more tedious than tweaking the algorithms. There’s nothing exciting about dealing with messy data.

CEC: We see you initially studied nuclear engineering – what drew you to the field of AI?

JC: Wanting to understand how things worked moved on to trying to fix things and solving problems, which is really what engineering is all about and what I enjoy doing. Interestingly enough, at University of Virginia, I was introduced to AI in a course called the ‘Philosophies of Religion.’ The professor made the statement, “Humans created religions over the last thousands of years, now we have people looking at computers and trying to make computers intelligent. So, if humans are intelligent and they made religions, what kind of religions are computers going to make.” The class had no experience using computers at all. It was all very abstract for them. For me, at the time, we had just started using computers in the engineering curriculum. So, it was definitely something to think about.

CEC: Do you think the COVID-19 pandemic has affected the future of AI or machine learning? In what ways?

JC: I think one thing that has come out of it is the major drug companies increasing their use of various forms of AI to help their scientists try to find materials, components that may be a vaccine and to attempt to identify where there might be problems. In that sense, I think there has been a tremendous impact.

CEC: You set up your company in 2015 and were considering other jurisdictions like Panama, Dubai and Singapore. What sold you on Cayman? Was there something that appealed to you most here?

JC: I’ve been to those various places and knew of them. With the help of our friend the search engine, I thought I might as well see what else would be available. I saw there was the Cayman Islands. They’re off the East Coast. There’s something called Cayman Enterprise City and it’s probably worth looking at.
Frankly, at the time, the one area of the world I had never been was the Caribbean. I found out about it, contacted CEC and made arrangements to come to Cayman to visit and see what was available. The rest is history.

I do appreciate the welcoming weather, it definitely had a part to play but I wouldn’t make a decision just based off weather. I’ve traveled enough to know that government bureaucracies can be horrendous to deal with. So, having all those bureaucratic issues handled by one entity was a great attraction. As I discovered on my first trip, it’s a one stop flight from Pittsburgh. It’s a very easy flight.

JC: The pandemic has shown that Cayman does have an opportunity to be a knowledge-based hub like these larger countries and should take advantage of it. Even when you’re isolated, it’s possible to be productive remotely. You can’t be a tourist remotely. You can look at pictures but you can’t experience the physical world remotely. So, I think it is important CEC and those of us who are connected in the knowledge base ensure that the younger generation in Cayman understand that there are opportunities beyond tourism, law and finance.

Interested in finding out more about Cayman Tech City and setting up a business in Cayman's technology focused special economic zone? Get in touch with us today. 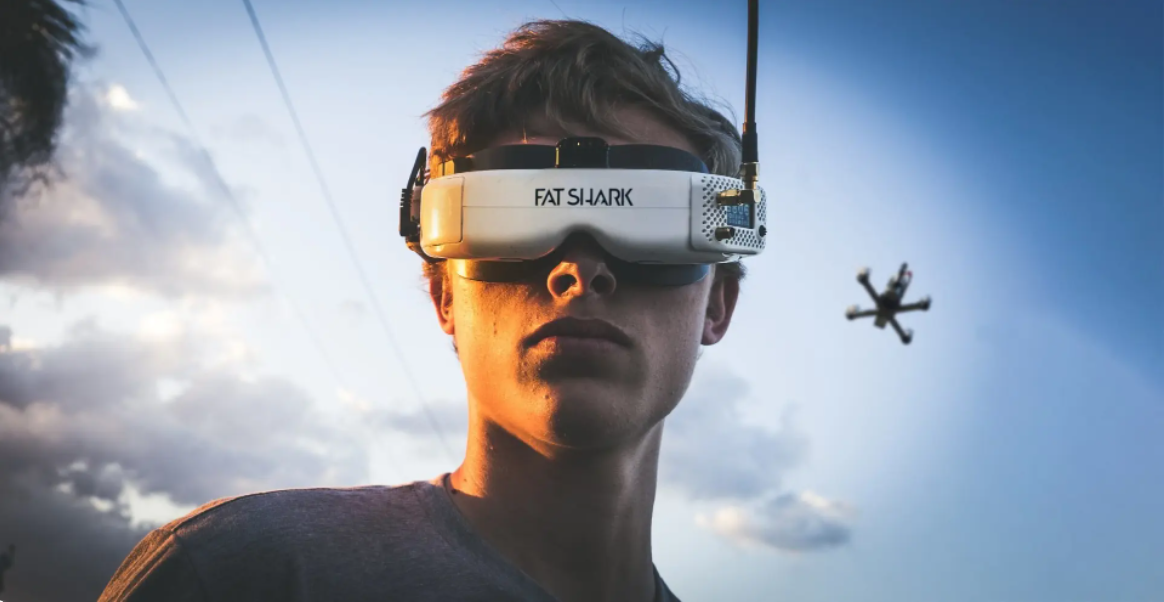 Two years ago we interviewed Fat Shark founder and innovator, Greg French, to get a deep dive on his experience with establishing in Cayman. Now, Fat ... 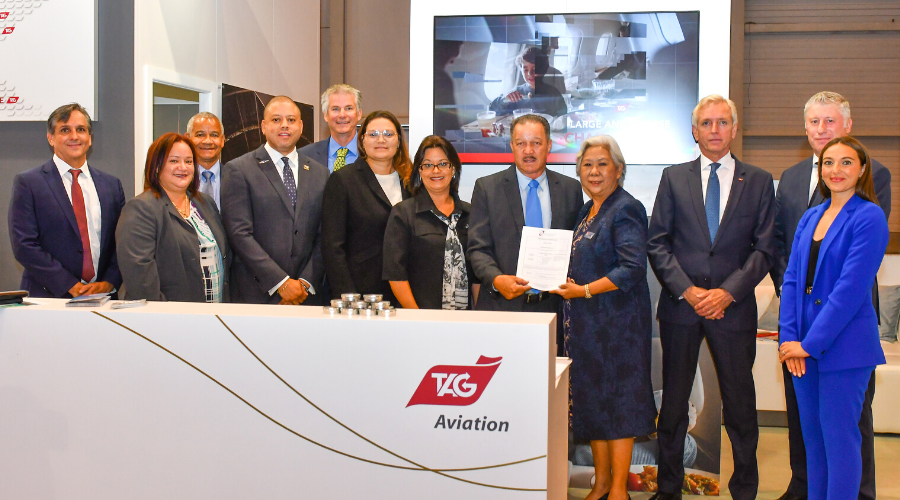 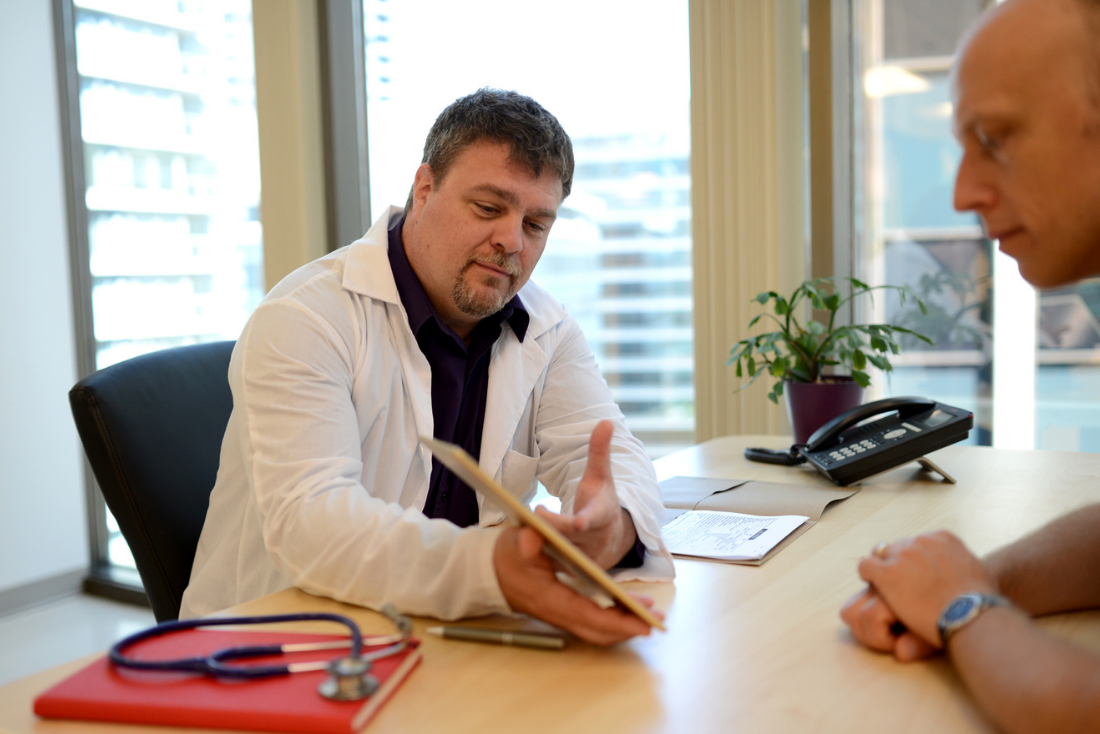